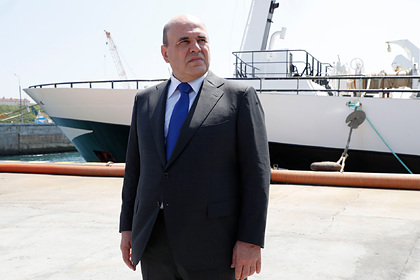 the regime of a free customs territory on the Kuril Islands, local businesses will be almost completely exempt from taxes for 20 years, TASS reports.

This is about zero tax rates on profits and property of organizations, as well as on land and transport taxes. Insurance premium rates will be reduced to 7.6 percent. Also, value added tax will not be charged on operations with goods imported from third countries.

The Prime Minister asked to abandon the idea that such a decision would allow the islands to be considered a new Russian offshore. The authorities will try to prevent such a development of events, relying primarily on real business.

On September 3, Russian President Vladimir Putin announced the change in the tax regime on the Kuril Islands at the Eastern Economic Forum. At the same time, it was then about the abolition of most taxes for a period of ten years. Later, the head of the Ministry for the Development of the Russian Far East, Alexei Chekunkov, promised that the scheme would work by the end of the year.

Special administrative regions (SAR) on the Russky Islands in Vladivostok and Oktyabrsky in Kaliningrad are called “Russian offshores”. Their idea was to return companies with local roots to Russia, but such an offer was not in demand. Currently, the authorities are preparing changes to the existing preferential treatment, including focusing on real investments in the regions.