President of Ukraine Zelensky: I will discuss the issue of nomination for a second term with my family 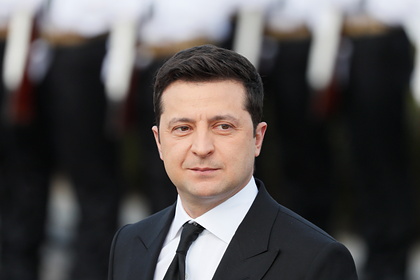 regarding the second presidential term. At the press marathon, which is broadcast on Facebook, he clarified that this decision will have to be made by the Ukrainian people.

According to the politician, this decision will largely be connected with the support of his candidacy in society, he himself until I have planned a specific strategy. “I will not fight for power. I will fight for Ukraine, ”Zelensky said. He stressed that now his main task is to fulfill the promises he made in 2019.

The Ukrainian leader also said that he would discuss the issue of running for a second presidential term with his family. He noted that his children and other family members, who are under the gun of the press and the whole society, suffer from his profession in many ways.

Earlier, Zelensky repeatedly commented on the possibility of running for a second term. He assured that he intends to work until the end of his current presidential term, but has not yet decided whether to go for a second. Zelensky noted that he would like to lead the country at a time when all his election promises and election plans of the Servant of the People party are fulfilled.