Jared Leto joked that after the movie House of Gucci, his blood turned into olive oil 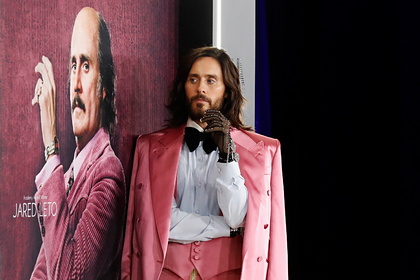 American actor and musician Jared Leto joked about turning your blood into olive oil after filming Ridley Scott's House of Gucci. The interview with him was published by i-D magazine.

The artist who played the designer Paolo Gucci noted that his role was a love message from Italy. “Towards the middle of this movie, I was sniffing arrabbiata sauce lanes. I had olive oil instead of blood. I took a deep dive [into the role]. If you took a biopsy from me, you would find Parmesan cheese, ”Leto said.

He noted that during the filming he“ climbed into a creative cave ”and lived in the space of the picture, imitating an Italian accent. According to the actor, this role took him a lot of work and a lot of preparation.

“Reviving Paolo was like pulling a bowling ball out of my sphincter. I say all the time that my ass was shaking like two chicken bones on this set. This is a very physical performance. Maybe it's the corduroy: when you're in it, you immediately light up, ”added Leto.

The premiere of the film“ Gucci House ”will take place in Russia on December 2. In addition to Leto, Lady Gaga, Adam Driver, Salma Hayek, Al Pacino and Jeremy Irons also starred in the film.