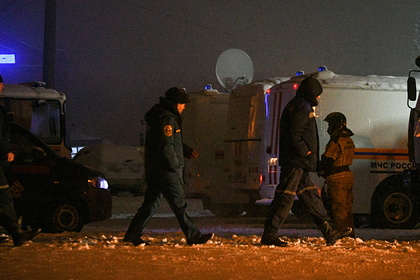 The director of the Listvyazhnaya mine in Kemerovo region 52 people were killed, he was sure of his complete impunity. Denis Timokhin, a former miner of the fourth-grade working face, told the Lenta.ru correspondent about this.

The miner assumed that after the emergency he would not bear any responsibility. “He will get rid of it now, he has a lot of money,” he said, noting that earlier this mine had already experienced fatal accidents.

In addition, Timokhin said that he personally faced arbitrariness on the part of mine management. In particular, he tore his knee ligaments in the face, but he was offered to formalize the injury as a household injury, not an industrial one. He refused, then he was offered to move to a low-paid position, and after refusing to become a car washer-cleaner, he was fired without issuing a work book.

Earlier it was reported that, according to preliminary information, the death toll at Listvyazhnaya increased up to 52, including six mine rescuers. It also became known about the detention after a fire at the mine of the director, the first deputy director and the head of the section. According to the UK, they “violated the industrial safety requirements of hazardous production facilities.”