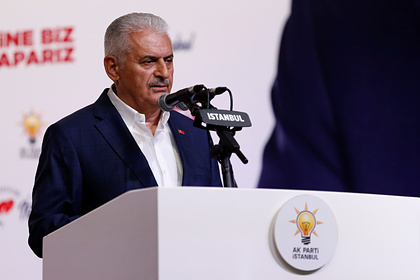 Deputy Chairman of the ruling Justice and Development Party of Turkey Binali Yildirim said the number of members of the Organization of Turkic States will increase, and Russia and China should definitely enter there. The quotation is given by Aydinlik.

Crossing the border. Turkey gently seizes the countries of the former USSR. Why can't Russia stop it? 00:01 – July 27

In fact, he included them among the Turkic states. At the moment, the Organization of Turkic States (previously called the Cooperation Council of Turkic-speaking States) includes Azerbaijan, Kazakhstan, Kyrgyzstan, Turkey and Uzbekistan.

As noted by the Telegram-channel “Agenda of Turkey”, a number of editions. Thus, the Turkish newspaper YeniÇağ, opposition to the country's authorities, commented on the words of Deputy President Recep Tayyip Erdogan as follows: “Look, with whom Yildirim is going to build Turan!” Party of Nationalist Movement (PNM) Devlet Bahcheli with a map of the “Turkic world”. It included about 20 Russian regions. According to the leader of the PND, the “Turkic world” includes the southern regions of Russia, including Crimea, Rostov region, part of the North Caucasus and Eastern Siberia.