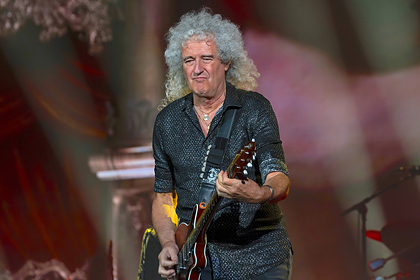 Queen guitarist Brian May spoke opportunities to save the leader of the group Freddie Mercury from AIDS. The recording of the conversation with him was posted on YouTube.

May said that before the rest of the group were sure that HIV would never touch them, but Mercury faced this problem very early. The guitarist believes that if his colleague contracted HIV later, special drugs could save his life.

“He could have survived, because there is such a wonderful cocktail of drugs that treat symptoms and allow people with HIV live a normal life. Freddie didn't get all of this, ”May said. He added that the Queen leader turned to the best British doctors for help, but they could not help him.

Freddie Mercury died on November 24, 1991 from bronchopneumonia caused by AIDS. At the time of his death, the musician was 45 years old. He remains one of the most popular vocalists in the world to this day. The Bohemian Rhapsod song he recorded was voted the best song of the millennium by The Official Charts Company.