OneTwoTrip: In the fall of 2021, the average duration of trips in Russia was 3.8 days 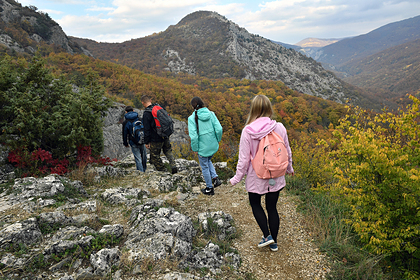 In the fall of 2021, Russians began to spend more time traveling across the country and abroad. This is reported by Gazeta.Ru with reference to a study of the travel planning service OneTwoTrip.

Analysts have found that the average duration of domestic travel has reached 3.8 days. In 2020, this figure was less and was exactly three days. The Russians made the longest trips to Magadan (12 days), Novokuznetsk (8.6 days) and Abakan (8.3 days). In Yakutsk, tourists spent an average of 8.1 days, and in Komsomolsk-on-Amur – exactly eight days.

It is noted that the duration of travel abroad also increased and reached nine days against 8.9 days last fall … Thailand took the first place, where tourists went on average for 24.8 days, the second – the USA (21.8 days). Tunisia closes the top three, where the Russians rested for 21 days. The top 10 countries also include Argentina, Mauritius, Sri Lanka, South Africa, Brazil, Cuba and Peru.

Earlier, OneTwoTrip service analysts named the cheapest air tickets for travel in Russia in December. So, the most budgetary direction turned out to be a flight from Moscow to St. Petersburg costing from 1000 rubles. In second place are Ufa and Kaliningrad, where you can go for 1200 rubles.