The court sentenced three bloggers to 3.5 years in prison for pranking a taxi driver 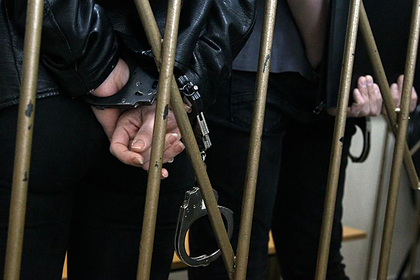 The court sentenced three bloggers to 3.5 years in prison freedom for a prank over a taxi driver. The Presnensky Court of Moscow reported to Lente.ru that they would have to serve their prison term.

“a” part 2 of Article 166 of the Criminal Code of the Russian Federation, they were sentenced to real imprisonment for a period of three years and six months, with serving the sentence in a general regime correctional colony, ”the authorities said. The perpetrators were taken into custody in the courtroom.

In March, bloggers called a business-class taxi for a prank. When the car pulled up, two of them got into the cabin and asked the driver to open the trunk and help their friend load the shopping bags there. After the taxi driver got out, one of the bloggers got behind the wheel of a BMW and drove away.

A few minutes later, the bloggers returned. They told the driver that in this way they made fun of him. Nevertheless, by that time the taxi driver had already called the police.

Russians sentenced to imprisonment regularly filmed videos with various pranks. One of the bloggers, who was in the car, filmed what was happening on video, including the driver's reaction.