Political scientist Ordukhanyan: America is like a decrepit old woman pretending to be Juliet 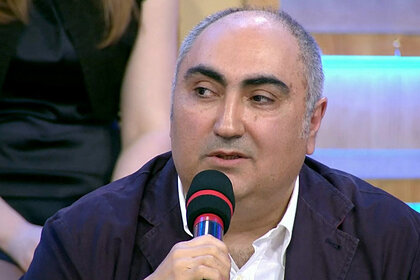 In his opinion, at present there is an informational third world war and a new world order is being established, which consists in the establishment of superpowers in several aspects: military, political, economic, financial and informational. In his opinion, 20 years ago, the so-called united West and the United States confidently dominated in these areas, but the situation has changed.

“America's political influence has diminished, and Russia has come out ahead. The second point is military potential. In very many types of weapons, we already surpass the United States, and this is confirmed by them, so this can hardly be considered a propaganda ploy. If we take the economy, it is difficult for Russia to compete here, but if we take it together with China, the economies of our two countries surpass the American and the European Union. Here, too, a challenge has been thrown, there are only two areas where the Anglo-Saxons still dominate. This is informational – you and I perfectly see what is happening in the media, and financial – the dollar, the euro is still being ruled, ”the political scientist said.

Ordukhanyan also noted that the United States exerts tremendous pressure on Russia and China in the financial and informational spheres. The political scientist compared the sanctions and stuffing in the media directed against Russia with the whim of a person who still has his own piece of influence, and has already lost the rest.

“The decrepit old woman does not want to leave the stage, she wants to play Juliet, but not understands that due to circumstances she can no longer do this and her time has passed. It is very sad, tragic, but reasonable people understand this and leave with dignity. Apparently, for this we will have to work, because if we do not manage to outplay our ideological enemy in the information field, as they call us, then the doors will be open for another kind of war, I think you understand what kind, ”he concluded a political scientist.

Earlier, the Washington Post (WP) newspaper reported, citing sources, that the head of the US Central Intelligence Agency, William Burns, during a visit to Moscow in November, warned that Russia could face consequences if the American intelligence services her responsibility for the “Havana syndrome” among American diplomats.