Human rights activist Litvinovich on changing the head of the FSIN: control over the service is transferred from the FSB to the Ministry of Internal Affairs 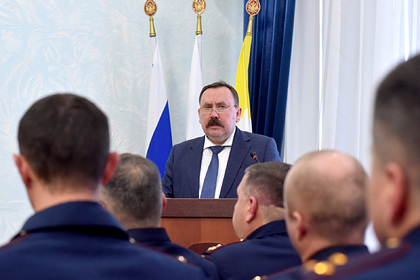 The head of the Federal Penitentiary Service (FSIN) resign Alexander Kalashnikov and the appointment of Deputy Minister of Internal Affairs of Russia Arkady Gostev to this post, one can see the weakening of the positions of the Federal Security Service (FSB), from which the former head of the FSIN is a native. Human rights activist Marina Litvinovich wrote about this in her Telegram channel.

“Control over the FSIN is transferred from the FSB to the Ministry of Internal Affairs. The decision to remove the head of the FSIN Kalashnikov and appoint Gostev is quite strong and inspires some optimism, “she commented on the change in the head of the service.

Litvinovich stated that it is the FSB that oversees all operational work in colonies and pre-trial detention centers, using torture” how part of the operational work on knocking out testimonies, falsifying cases and 're-educating criminal elements. ” – said the human rights activist.

Earlier on November 25, Russian President Vladimir Putin dismissed the head of the Federal Penitentiary Service Alexander Kalashnikov, appointing to his place Arkady Gostev, who until today was Deputy Minister of Internal Affairs.

At the beginning October, the founder of the human rights project Gulagu.net, Vladimir Osechkin, said that the organization received and removed from Russia more than 40 gigabytes of video files from the Federal Penitentiary Service, which confirm the systemic nature of torture in Russian colonies and pre-trial detention centers of the Irkutsk, Vladimir and Saratov regions. He later said that the number of informants reporting violations of the law in the FSIN system is gradually growing.