President of VARPE Zverev: prices for caviar in Russia are growing due to stocks of raw materials in the Japanese market 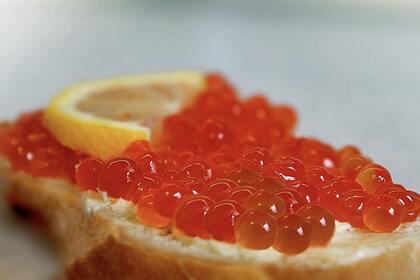 Prices for caviar in Russia are growing, in particular, against the background of the aggravation of the situation with stocks of raw materials on the international market, including Japan. This reason for the growth in the cost of caviar was found in the All-Russian Association of Fisheries Enterprises and Exporters (VARPE), RBC reports.

As noted by the president of the organization, German Zverev, last year's fishing season was unsuccessful, including for Japan, which not only catches salmon , but also imports them (the country is the main caviar market in the world in terms of production). As a result, the volume of stocks of processed caviar in Japanese storage facilities decreased. By September, the volume of stocks turned out to be 40 percent less than last year.

In addition, the demand in the Japanese market, which is now intensively replenishing stocks, was to blame for the rise in prices. “This has led to an increase in export supplies and increased fears of caviar processors: they fear a break in supply chains,” Zverev said.

Also, the growth in the cost of caviar in Russia was influenced by the shortage of refrigerated containers, which led to an increase in the cost of transportation, said interlocutor of the publication. “Transportation has quadrupled in price. But the main thing is that the stability of supplies has been destroyed, and the market always reacts to instability with a rise in prices, ”concluded Zverev.

In October, the average cost of salmon caviar in Russia for the first time exceeded 5,000 rubles per kilogram and reached a historic high. This is the first time this product has been priced since 2000.