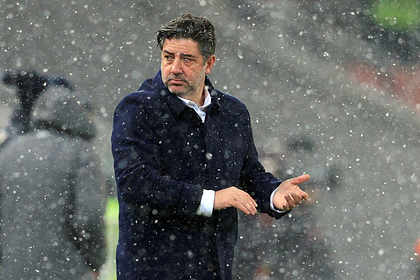 Head coach of Spartak Moscow Vitoria commented on the refusal of the coach of the Italian “Napoli” Luciano Spalletti from the handshake after the match of the fifth round of the group stage of the Europa League. His words are quoted by RIA Novosti.

The specialist called Spalletti's words that the headquarters of the red and whites did not greet Napoli before the match was a lie, which is why he decided not to say goodbye in return. “This action does not say anything. Spalletti is a coach like me. He stood near the Napoli bench 30 seconds before the match, but he was not there. He came when the game began, “he clarified.

After the final whistle, Vitoria, whose team won, came up to greet Spalletti, but he responded with a demonstrative refusal. Spartak beat Italian Napoli 2: 1.

After five matches, Spartak topped the group C standings. Like Napoli, the red and white have seven points. Ruy Vitoria's team is ahead of rivals due to victories in head-to-head matches. Nevertheless, on November 25, Spartak may lose the lead if Legia and Leicester City do not draw.