Oncologist Davydov: hoarseness is the most common cause of lung cancer 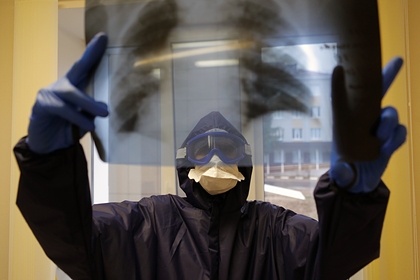 Sci. Mikhail Davydov named the most important symptom of lung cancer. In his opinion, it is hoarseness without a reason. This is reported by Gazeta.Ru.

The doctor explained that this symptom appears due to the growth of a cancerous tumor into the recurrent laryngeal nerve.

“But this symptom appears even when the disease is seriously neglected, “the oncologist said, noting that cough and shortness of breath can be other characteristic causes of lung cancer.

In addition, Davydov recalled that lung cancer is one of the most common diseases in Russia and the world. According to him, most often it manifests itself in people over 55 years old. To prevent the disease, the doctor recommended doing a computed tomography of the lungs. Especially, he noted, this should be done by those people who have had COVID-19, but have not been examined.

Earlier, a general practitioner, a gastroenterologist at the SM-Clinic Marina Malygina named dangerous causes of shortness of breath. She noted that, in addition to pneumonia, shortness of breath can appear due to bronchial asthma, pulmonary embolism, chronic obstructive pulmonary disease (COPD), tuberculosis, as well as lung cancer.