Press secretary Peskov: Putin was injected into the nasopharynx with liquid nasal vaccine against COVID-19 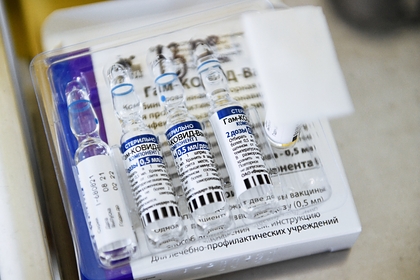 Explaining the confusion with the vaccine, Peskov clarified that the drug had been injected into Putin's nasopharynx. “I repeat once again, it is in the state of a liquid, which is sprayed and inhaled by a person. The liquid was unambiguously meant. He also said that they had sprinkled with a syringe, but you cannot inject the powder with a syringe, “the spokesman said.

On Wednesday, November 24, Putin said that immediately after the second vaccination with Sputnik Light, he tested yourself a nasal vaccine against coronavirus. According to the head of state, doctor Denis Logunov filled a syringe with powder – Putin uttered this very word twice – and injected it into his left and right nostrils.

Later that day, Peskov said that Putin was not injected with a powdery vaccine , and liquid. “The President meant that we are talking about a liquid. This is a nasal vaccine in which he took part in the trials, ”the Kremlin spokesman said.