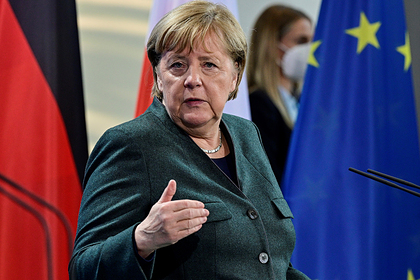 Acting German Chancellor Angela Merkel during a telephone conversation with Ukrainian President promised not to leave without consequences the encroachment on the sovereignty of Ukraine. This is reported by TASS with reference to the official representative of the Cabinet of Ministers of Germany, Steffen Seibert.

“We we cannot live in enmity “Why does Zelensky want to meet with Putin and what is he ready to do in order to maintain power? 17: 26 – 23 November The DPR and Ukraine declare mutual shelling and are preparing for war. Why is Russia accused of aggravating the situation in Donbass?

The politician discussed the situation in Donbass with the Ukrainian leader and assured that she supports the independence and territorial integrity of Ukraine. “The Chancellor and the President were unanimous on the continuation of efforts in the Normandy format to implement the Minsk Agreements with the aim of a peaceful settlement of the conflict [in Donbass],” Seibert added.

The German Cabinet spokesman also said that the leaders of the states exchanged views on the migration crisis on the border of Belarus and the European Union.

Earlier, Angela Merkel accused Russia of aggression against Ukraine and insisted on sanctions. The politician believes that the EU should prepare to introduce anti-Russian measures at any moment. A signal for action could be the deterioration of the situation in eastern Ukraine and the aggravation of the crisis on the border of Belarus with Poland.