Lukashenko: The US, using the topic of the migration crisis, wants to start a war on the EU border 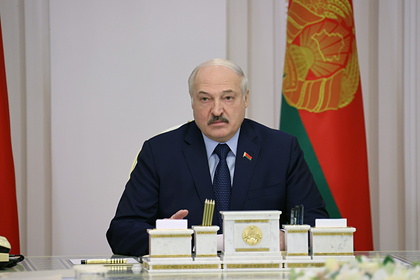 President of Belarus Alexander Lukashenko has accused the US of they want to start a war on the border between the country and the European Union (EU), using the theme of the migration crisis. He stated this at a joint meeting of the constitutional commission and the working group on finalizing the draft constitution, RIA Novosti reports.

According to him, Washington openly says that it is necessary to involve NATO in the current situation. “What does NATO mean? Unleash a war. They provoke us, “the head of state emphasized.

Lukashenka also said that European countries do not want war, but the Americans need it. He noted that the United States likes to fight with someone else's hands. So, he said that Washington intends to stay on the sidelines and supply weapons so that the rest kill each other and destroy their economies, and then “come with the dollar” and “help” everyone. “This is by and large what all this is being done for. They want to do it with the hands of Poles, Balts and Ukrainians, “the president explained.

In addition, he added that the States are trying to get closer to Moscow, and Belarus is preventing them from doing so.

Earlier, Lukashenko said that Belarus would not keep refugees who want to leave the country and return to their homeland, to Iraq, but the European Union should participate in the evacuation of migrants. According to him, the EU promised to provide additional funding for tickets to illegal migrants, but this did not happen. “Not a single kopeck has been received here. The Red Cross is there and others. For now, we are feeding and drinking these people, ”Lukashenka said and called the EU politicians scoundrels.