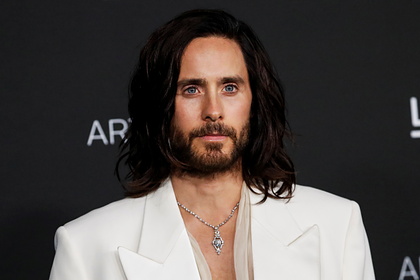 Actor Jared Leto spoke about his youth fired from his job in a movie theater for drug dealing. The actor shared his memories on the show by TV presenter Ellen DeGeneres.

“As a teenager, I worked in a cinema, and then I was fired for selling grass from under the counter. I love going to the movies, “the artist admitted.

Leto said that in those years he considered himself an entrepreneur (fr. Entrepreneur – entrepreneur). He also noted that “marijuana was bought with popcorn.”

During his youth Summer, selling marijuana was a crime throughout the United States.

Leto appeared at the premiere of Ridley Scott's House of Gucci.