Doctor of Military Sciences Sivkov: Ukraine may close the borders with the DPR and LPR in the near future 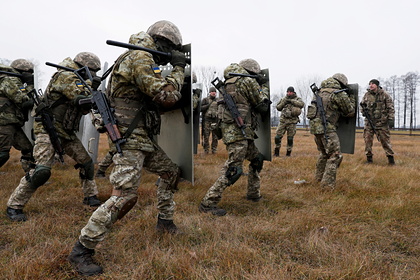 War with Ukraine is expected of the republic, Vladimir Zelensky may try to close the borders with the self-proclaimed DPR and LPR, which will force Russia to start offensive movements, suggested Konstantin Sivkov, Doctor of Military Sciences. He described such a possible scenario in a conversation with Lenta.ru and added that in this case, Ukraine will face an extremely negative scenario.

Martial law may soon be introduced in Ukraine. This was stated by the leader of the Radical Party and former deputy of the Verkhovna Rada Oleg Lyashko. He also revealed the expected date for the introduction of the special regime – December 1.

“Most likely, Zelensky will try to close the border, this may happen in the near future. Russia will have nowhere to go – first, political measures, diplomatic and economic sanctions will be taken. After which Russia will be forced to attack. Therefore, the head of the Ukrainian intelligence service, Kirill Budanov, says that our country will attack in January-February, “Sivkov explained.

He clarified that if Zelensky fails to close the borders, his scenario will” burst. ”

“Then Ukraine will have to attack Donbass, and it will be fatal for it. The country will get bogged down in hostilities, it will be necessary to introduce all the forces of the Armed Forces, after which Russia can really strike from the north, encircling and destroying the enemy's army. Well, then anything can happen, right up to a march across the whole of Ukraine with the liberation from Nazism, “the military expert suggested.

Sivkov added that the armed forces of Ukraine may also go over to Russia – this is indicated Crimean experience.

Despite the fact that NATO and the United States are already helping Zelensky a lot, supplying weapons, conducting trainings for the military, the doctor of military sciences is sure: their help is not unlimited, and the Russian army is much better equipped than APU.

“NATO does not give them modern offensive systems, only defensive ones. If the domination of our aviation is in the air, the combat assets of Ukraine will quickly be suppressed and destroyed. The basis of the armored vehicles of the Armed Forces of Ukraine is outdated, most of them are in service with the militias. The only really dangerous thing that NATO can do is to create a no-fly zone over Ukraine, but I don’t think they will fight so decisively for this country, ”Sivkov concluded.

According to Lyashko, introducing a military situation, Zelensky hopes to more effectively deal with the protests that are now gathering throughout the country.