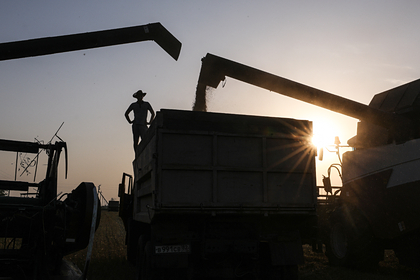 Today, an attempt to hold another illegal meeting of authorized members of the Stavropol SEC “Russia” ended in failure, and an impromptu rally against the illegitimate meeting and illegal government took place on the square in front of the collective farm administration building. The situation in the SEC “Russia” today has shown that for the first time in a long time, collective farmers have a real opportunity to receive legal payments of shares, wages, as well as social benefits.

As the participants of the event told “Lente.ru”, more than a hundred collective farmers, members of the cooperative were present today both in the building of the board of the SEC “Russia” and in the square near the building. People chanted at the illegal government and the lawyers they hired: “Shame!”, “Provocateurs!”, “Down with!” The meeting is illegal! “,” The judgments have entered into force! “

As Lenta.ru already reported, the conflict in the SEC Rossiya flared up after some of the company's employees at a meeting on February 5, 2021, illegally elected a new leader, Alexander Grinev. The current legitimate chairman of the SEC “Russia”, who was not admitted to the meeting on false denunciation, did not agree with the decision and appealed to law enforcement agencies and the court. The Sixteenth Arbitration Court of Appeal on November 10 confirmed the conclusions about the nullity of the decision of the commissioners dated February 5, 2021 on the choice of members of the board of the SEC “Russia”. Also, the decision of the Arbitration Court of the Stavropol Territory came into force on declaring void decisions made at the meeting on July 2, 2021.

Since then, members of the illegal board have held about 10 general meetings of authorized members of the agricultural breeding collective farm “Russia”, but all of them are recognized by the courts as illegitimate and are held in violation of all legal procedures. Contrary to the current injunction (an interim measure of the Arbitration Court of the Stavropol Territory dated February 18, 2021 in the case A63-2269/2021), another similar meeting was scheduled for November 25, 2021, the results of which will also be legally invalid, which became obvious today.

Recall, on November 17, on the third attempt at the mechanized current of the SEC “Russia”, the employees of the brigade No. 10 executed the order to ship the first batch of wheat of the fourth grade, which the “OZK Center” company buys out at very favorable prices for the collective farm. The illegal management of SEC “Russia” previously thwarted two attempts to fulfill the terms of the agreement with the largest Russian state-owned company for the shipment of grain in the framework of the state contract concluded by the legal chairman of SEC “Russia” for the sale of a large batch of wheat of the new harvest.

This shipment is extremely important for the household. “The money received as part of the execution of the state contract will be used to pay wages to collective farmers, to distribute dividends to all veterans of the collective farm and cooperative workers, to social benefits,” said a member of the Rossiya agricultural production complex, brigade leader of brigade No. 18 Andrei Erokhin.

Today, the situation on the square in front of the management of the Stavropol SEC “Russia” has really shown that the chaos that has been happening on the collective farm since February is finally ending. People saw that the law was working in the village. They finally got a real hope to calmly and with dignity continue to work at the enterprise at the same high level.