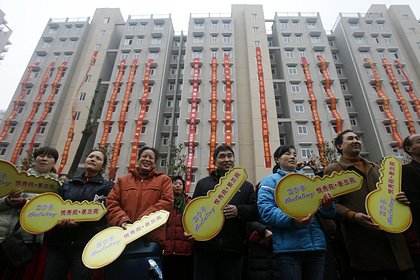 generations of residents, Business Insider predicts. The policy of the authorities has led to the development of intra-family lending, and now experts predict bankruptcy for entire families.

China is trying to stave off a potential default by one of its biggest developers, Evergrande, which is facing a crisis in the national housing market. At the same time, the share of homeowners in the country is very high – 90 percent of residents have their own homes. 20 percent of them own two or more properties. However, the down payment when buying a home in China is 30-40 percent. At the same time, for additional real estate objects purchased as investments, the initial payment is even higher – 50-60 percent.

Chunling Li, a sociologist at the Chinese Academy of Social Sciences, said in her research that due to the rise in property prices in the past two decades, most millennials (the generation of people born from 1981 to 1996) had to borrow money from relatives in order to buy their own homes.

Some experts believe that the creation of a model of intra-family lending has led to government policy – severe restrictions on market loans for home purchases. Experts predicted that in the worst-case scenario of the housing market in China, whole families will suffer, since there, unlike in Western countries, parents and grandparents help the young generation with the purchase of real estate. Low- and middle-income families are most at risk.

The Chinese real estate market is on the brink of a crisis as developers have accumulated huge debts to banks. The world's largest developer, Evergrande, has $ 305 billion in debt and missed bond maturities, and its default threatens to destabilize other sectors of the national economy. Together, developers in China owe banks about $ 5.2 trillion.