Zakharova: Moscow is ready to assist in the normalization of relations between Yerevan and Ankara 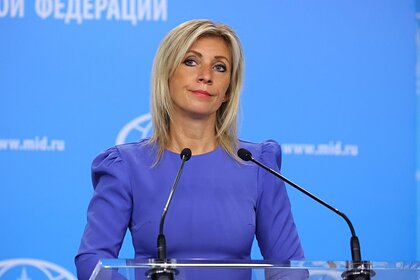 Official representative of the Ministry of Foreign Affairs (MFA) of Russia Maria Zakharova stated that Yerevan turned to Moscow with a request for mediation in the normalization of bilateral relations with Ankara. This was reported by the Lenta.ru correspondent.

“I can confirm that Armenia applied for assistance in mediation between Yerevan and Ankara. Russia is interested (and has repeatedly spoken about this and even made efforts to this process) in the normalization of Armenian-Turkish relations, and our side is ready to further this in every possible way, ”Zakharova said.

According to her, the beginning normalization will contribute to “the general improvement of the situation in the region and the formation of an atmosphere of good-neighborliness and trust, which is especially urgent now.”

In October, Russian Foreign Minister Sergei Lavrov held talks with his Iranian counterpart Hossein Amir Abdollahian. The diplomats discussed the creation of a new negotiation format “3 + 3”, which should include Russia, Iran, Turkey and the Transcaucasian countries: Armenia, Georgia, Azerbaijan.