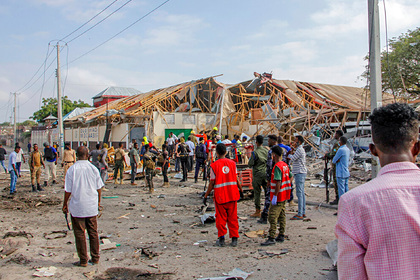 Thursday morning, November 25, in the center of the Somali capital A powerful explosion occurred in Mogadishu. This is reported by Reuters.

According to the agency, after the explosion, shooting began in the street. As a result of the accident, school and hospital buildings were destroyed, and several cars were damaged. An employee of the injured hospital, Mohamed Hussein, said that he was taken out from under the rubble of the building.

At the moment, law enforcement agencies are establishing the causes of the explosion. The exact number of victims and victims is not reported, but it is assumed that people were left under the rubble of the destroyed buildings. RIA Novosti writes that the target of the attack was the convoy of the African Union peacekeeping mission in Somalia (AMISOM).

On November 20, a powerful explosion was also reported in the capital of Somalia. Then, as a result of the incident, the well-known Somali journalist Abdiaziz Afkira, who headed the state radio station Radio Mogadishu, was killed. An explosive device was installed in the car of the head of the state TV channel, he was injured.