The Accounts Chamber: the Russian budget has lost 295.6 billion rubles since 2016 due to illegal cigarettes 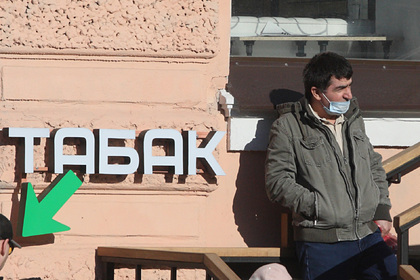 Over the past five years, the Russian budget lost hundreds of billions of rubles due to large volumes of illegal tobacco products. This conclusion was reached by the Accounts Chamber, the audit report was published on the agency's website.

The total amount of losses since 2016 was estimated by auditors at 295.6 billion rubles, of which 246.3 billion falls on the lost tobacco excise tax, and the rest is value added tax that has not been paid.

The main reason for the high share of counterfeit products on the market in various rates of tobacco excise tax in Russia and the EAEU countries is a difference of 39-50 percent. According to the National Research Center for Competence in the Field of Combating Illicit Trafficking in Industrial Products (NSC), 6.7 percent of all cigarettes sold in Russia are illegally imported from Belarus, Kazakhstan, Armenia and Kyrgyzstan. At the same time, Belarus accounts for 93 percent of illegal tobacco products from the EAEU countries.

The independent international agency Kantar TNS Russia estimates the share of illegal cigarette sales in Russia in 2021 at 10.7 percent. Thus, in five years it has grown more than tenfold. Global market research company Euromonitor Int confirms the trend. According to her, in 2020 the share was 7.5 percent.

The auditors recalled that since 2016 the excise tax on cigarettes and cigarettes has increased 1.9 times, this year the excise tax was raised by 20 percent. The increase in the load is explained by budget spending on the fight against coronavirus and the need to fulfill social obligations. Business and consumers have responded with an increase in the share of illegal products.

To solve the problem, the auditors propose to transfer the proceeds from tobacco excise taxes to the regional budgets. This measure motivates local authorities to more actively involve manufacturers in the tobacco labeling system, which will whitewash the market. Currently, almost half of the cigarettes sold in retail outlets remain unmarked.

In October, the fiscal data operator OFD.ru reported that the average cost of traditional cigarettes in the second half of 2021 in Russia will reach 140-145 rubles per pack .