Senator Tsekov: I don't see much difference in living in Iraq and Ukraine 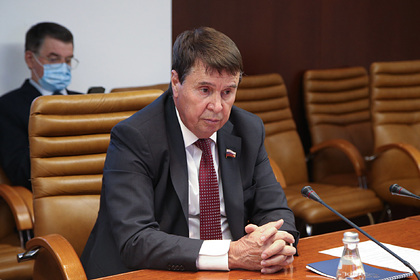 Ukrainian special operation against illegal migrants who may come to the country from the Polish-Belarusian border, is explained only by the desire of the authorities to demonstrate their importance and solidarity with Europe, said the member of the Federation Council Sergei Tsekov. In a conversation with Lenta.ru, the senator said that he did not see much difference in living in Iraq and Ukraine, so the refugees would hardly want to move to this state.

Earlier, Ukraine announced the beginning of a special operation “Polesie” on the border with Belarus in order to prevent the aggravation of the situation with illegal migrants. The border service explained that the threat of redirecting the flow of refugees to Ukraine is quite high, therefore, in order to prevent the development of the migration crisis, it was decided to strengthen the protection of the state border.

Dust in the eyes

Tsekov is sure: Ukraine came up with this imaginary threat solely to raise the image of its country, as well as to divert public attention from internal problems.

“They so want to show their importance, their solidarity with Europe. But, to be honest, I don't see much difference in living in Iraq and Ukraine. Maybe the situation is calmer, but no less catastrophic, – the politician believes. – It is unlikely that refugees will look for a better life there, because their goal is clear: this is not even Poland, in which living is also not very interesting, this is Germany and other EU countries. For the Ukrainian authorities, in turn, what is happening provides a good opportunity to divert the attention of the people from internal socio-economic problems that are accumulating like a snowball. ”

The senator explained that the country is torn apart by internal conflicts between various groups of the population, there is even talk of resistance inside Ukraine. In order to prevent a catastrophe, the authorities need to shift the public's attention to another problem, so the imaginary threat came in handy here.

In early November, the migration crisis worsened on the border of Belarus and the EU countries – thousands of refugees from the Middle East gathered there trying to break into the EU.