RIA Novosti: the collapse of the Turkish lira stopped the sale of apartments and cars in Ankara 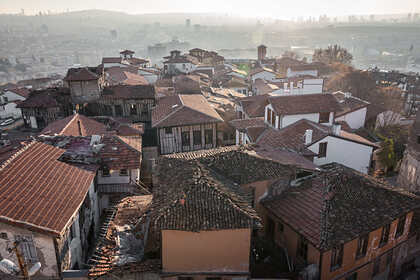 The collapse of the Turkish lira stopped the sale of apartments and cars in Ankara. This was reported by RIA Novosti.

Lira on November 23 fell to 13.45 per dollar, the lowest in the last 20 years. The head of one of Ankara's home sales companies, Hasan Uner, said that the sharp rise in the dollar paralyzed the real estate market. Consumers are waiting for an even greater rate cut in order to take out a mortgage loan for the purchase of an apartment. Citizens do not want to spend currency and keep it in anticipation of further growth of the dollar. “And real estate sellers, on the contrary, are raising prices; over the past month, apartments have risen in price by an average of 10 percent,” Hasan Uner said.

The fall of the lira hit the auto and parts market as well. “Prices for spare parts are growing at a faster pace than the growth of the dollar. We predict that in the current uncontrollable situation, the cost of spare parts may double, then we do not know at all what we will do, and what our customers will do, ”said the owner of a car repair shop Ahmet Aytach. At the same time, he noted that in the collapse of the national currency there are also advantages for the car service sector. According to him, no one buys new cars, as was done when the dollar was low. Currently, people are forced to repair old cars.

The lira fell against the background of a decrease in the key rate from 16 to 15 percent. This decision was made by the Central Bank of Turkey in November, despite the record rate of inflation. The head of the regulator Shahap Kavdzhioglu promised to keep the rate above inflation in order to contain the rise in prices. But Turkish President Recep Tayyip Erdogan is confident that the low key rate will help fight inflation, while the high cost of borrowing will provoke further price increases. This opinion is at odds with the classical understanding of the key rate mechanism. Nevertheless, the collapse of the national currency did not make Erdogan question the loyalty of the chosen path – the president insists on further cutting the key rate.