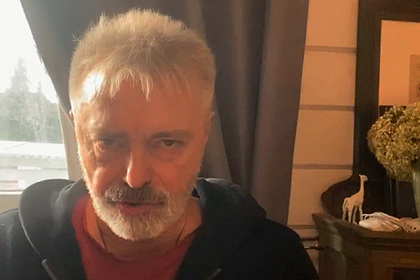 The leader of the rock group “Alisa” Konstantin Kinchev responded to doctors who invited him to visit the “red zone” of hospitals with patients infected with coronavirus. The musician recalled on Instagram that he was being treated for COVID-19 in the “red zone”.

“I spent more than a month in the intensive care unit of the“ red zone ”and I know firsthand what is happening there and how. The doctors saved me, a deep bow to the specialized specialists, “- said the artist.

Kinchev stressed that despite this he was not going to change his opinion about” dividing people into “clean” and “not clean” “and” compulsory medical procedures “. “I consider the assignment of a trademark (QR code) to people a crime. And I leave the blame for the death of people on your conscience, “he added.

Earlier, actor and TV presenter Oscar Kuchera responded to the doctors' letter. He said that he is not an anti-vaccine, but opposes compulsory vaccination, and called on the authorities to “explain, communicate, take responsibility.” The invitation was also commented on by artists Maria Shukshina and Yegor Beroev. They stated that they were not against vaccination, but opposed the “procedure for its implementation.” excursion “to the red zones of hospitals infected with COVID-19. Denis Protsenko, head physician of the hospital No. 40 in Kommunarka, explained that the doctors were trying to convey the importance of decisive action in the fight against the pandemic.