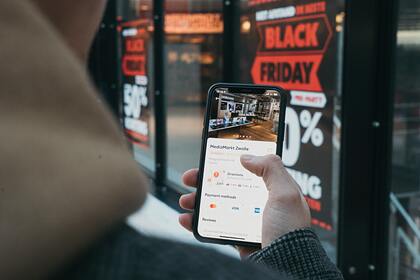 profitable promotions. Arthur Yanbulatov, an analyst on information security of the Digital Economy League company, told Lente.ru about this. He also told the Russians about ways to protect themselves from such criminals.

According to Yanbulatov, not only buyers and retailers are preparing for the day of total discounts, but also cyber fraudsters. To protect yourself from them and not lose money, you need to follow a few basic principles. In particular, according to the analyst, Russians should install security software on their devices, for example, a browser extension that blocks and hides pop-up banners and unwanted ads.

“There are also additional extensions that provide anti-phishing functionality and automatic URL correction to prevent users from being taken to a fake website. In addition to all extensions, it is recommended to use antivirus software. These tools will help prevent attempts to go to phishing or scam sites, as well as hide malicious banner ads, ”Yanbulatov said.

In addition, the League of Digital Economy recommended that you pay attention to the correctness of the URL of the site and make sure that it uses the secure data transfer protocol SSL, which is responsible for establishing a secure connection between the user's device and the server.

“Take your time to buy a product at a big discount, look at offers on other major Internet sites and then make a decision. Attackers lure potential victims with lucrative promotions, and, unfortunately, many buyers fall for it. Too low prices may signal that it is risky to buy – you may have fallen for a scammer, “Yanbulatov added.

Among other ways of protection, the League of the Digital Economy analyst named the use of a separate bank card to pay for purchases on the Internet , checking the ratings of online stores offering discounts, as well as a reasonable attitude to links from SMS and emails from unknown senders.

Previously, Rambler & Co analysts conducted a study, during which they found that the majority of Russians (71 percent) do not rushing to shop on Black Friday. At the same time, 19 percent do not know at all what this term means, and only every tenth is prepared for the main discount day in advance.