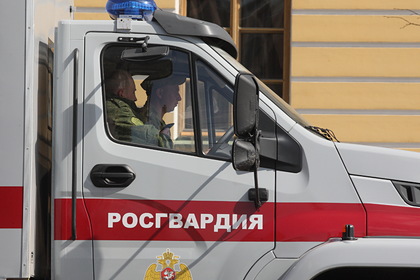 According to the investigators, on the night of May 1, two drunken local residents intended to go to the club, but the guards did not let them in, which caused a conflict between them … The guards called for help from the Rosgvardia officers, who, having arrived at the scene, invited the men to proceed to the police department. The Russians refused to comply with the demands of the security forces and behaved inadequately. After the squabble, one of the Rosguards inflicted more than ten blows on the man's head and body with a protective helmet, after which he fired warning shots into the air. With a weapon in his hand, he began to handcuff one of the detainees and accidentally pulled the trigger. He died from a gunshot wound. He was 29 years old. A guard was also injured, he received a bullet wound to his arm.