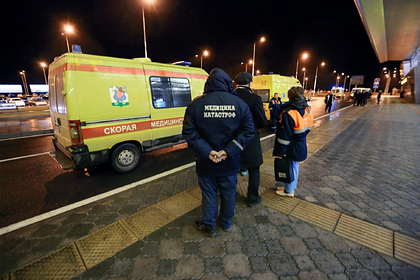 from Egypt to Samara, did not believe in his suicide. This was reported by KP Samara.

So, a friend of a 48-year-old man from Samara said that the man was never withdrawn, and everything was always good in his family. The newspaper's interlocutor called the news of his suicide a fake and assured that her friend could not commit suicide.

At the same time, the colleague and godfather of the deceased specified in an interview with 63.ru that Alexander has a loving wife and two daughters, and recently also a granddaughter. “And there is not even a thought that he could commit suicide,” he noted.

The speaker added that the cause of the accident could be a disease associated with blood vessels – he suggested that his friend went to the toilet of the plane from – because he felt bad. “That is, the reason could have been caused not by a deliberate act, but by a disease. We told him that it is better not to fly in this state. But he decided otherwise, “he concluded.

On November 23, it became known that a resident of Samara killed himself in the toilet of an S7 plane. According to eyewitnesses, the man went to the toilet after all the passengers took their seats and buckled up. When the flight attendants opened the toilet door, they found his body. The fellow travelers said that the tourist behaved strangely before takeoff. It was clarified that earlier the Samaritan got into an accident in Thailand.