Orientalist Dolgov: protests in Turkey are caused by the economic crisis and a split in society 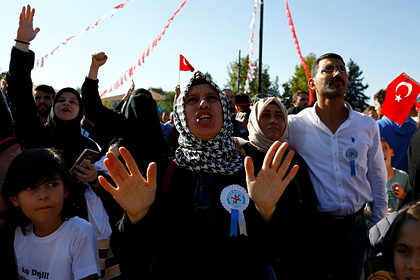 lira and the economic crisis caused by the coronavirus pandemic. However, there are other factors that influenced the situation in the country, said Boris Dolgov, a senior researcher at the Institute of Oriental Studies of the Russian Academy of Sciences, in an interview with Lenta.ru.

One of the reasons for such reasons is the general split in Turkish society. The orientalist explained that there are two conditional groups: those who support the domestic and foreign policy of the country's President Recep Tayyip Erdogan, and those who would like to return to the policy of the first President of the Republic of Turkey Mustafa Kemal Ataturk – more secular and pro-Western. The protests could also spur rumors of the poisoning of religious preacher and public figure Fethullah Gülen, who was accused of organizing a coup attempt in 2016 and who has been in the United States since then. “The emergence of information that he was poisoned influenced those who supported Gulen,” Dolgov noted.

In addition, the presence of a large number of refugees from Syria and other countries negatively affects the situation in the country : they are accused of taking away jobs from the Turks, there are also criminals among them. “All these factors will continue to have a destabilizing effect on the situation in the country in the future,” he summed up.

On November 23, residents of Istanbul and Ankara took to mass protests. The demonstrators demanded to dismiss Erdogan's government and remove the ruling Justice and Development Party from power. This happened after a record fall in the Turkish lira exchange rate – a record over the past 20 years.