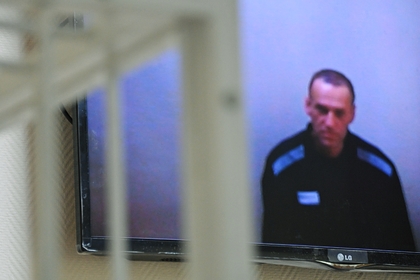 Founder of the Anti-Corruption Foundation ( FBK, included by the Ministry of Justice in the register of organizations performing the functions of a foreign agent, recognized as an extremist organization and banned in Russia) Alexei Navalny filed a fourth lawsuit against the administration of IK-2 of the Federal Penitentiary Service of Russia in the Vladimir region in Pokrov, where he is serving his sentence. This is reported by TASS.

From the materials of the court it follows that Navalny's claim against the colony on challenging the decisions, actions (inaction) of state authorities, local self-government bodies, other bodies, organizations endowed with individual state or other public powers, entered the court on November 18. The essence of the requirements is not specified. The preliminary hearing on the case is scheduled for December 9.

Earlier, the Moscow Arbitration Court satisfied the claim of billionaire Oleg Deripaska against Navalny, recognizing the information he had disseminated was untrue. The court ordered Navalny to remove the information about Deripaska and publish an official refutation in the Kommersant newspaper. In addition, the court recovered one ruble from Navalny as compensation, as requested by the businessman.

In February, the Moscow City Court recognized the replacement of Navalny's suspended sentence in the Yves Rocher case with a real one as legal. He was charged with 60 violations of public order after a suspended sentence. In October, Russian President Vladimir Putin said that Navalny was in prison not for political activities, but for crimes.