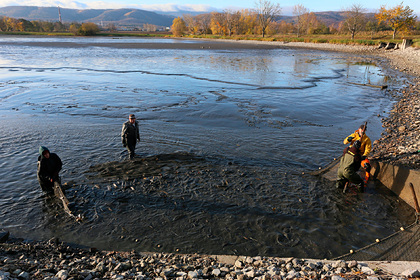 Finnish company EniferBio has found a non-obvious solution to the global problem of deforestation. Fungi turned out to be useful for protecting trees – they were suggested by biologists to replace traditional fish food. So, according to experts, it will be possible to reduce the burning of tracts for the sake of growing soybeans, writes Bloomberg.

EniferBio has revived the long-forgotten Paecilomyces varioti mushroom and extracted a single-celled protein called Pekilo from it. Previously, the fungus was obtained from waste paper production and fed pigs and chickens with it for decades until 1991.

Sales of laboratory-grown feed have not yet been launched, but the first tests on fish have already been carried out. EniferBio noted that Pekilo digests salmon as well as other foods. Skretting Research Center recognized the prospects of the new feed, and the European Union has invested $ 1.4 million in technology development.

The fishing industry does not pollute the air on such a large scale with emissions, but it still has a detrimental effect on nature. Farms are supplied with soybeans, for the sake of cultivation of which forests are deliberately burned – most often this happens in the Brazilian part of the Amazon. According to PwC's forecast, the demand for beans will continue to grow every year and will lead to catastrophic consequences for the ecosystem.

Industry representatives are looking for ways to less harm the planet – they try to feed fish with insects or turn carbon dioxide emissions into food. However, soybeans and fishmeal are still the leading ingredients in aquaculture feed – only more startups like EniferBio can drive down demand.

Mushrooms have proven beneficial not only for saving trees, but also for preventing climate disaster. Mycelium (the vegetative body of fungi and actinomycetes, consisting of thin branched filaments) is used as an environmentally friendly alternative to materials for building houses, sewing shoes and even making coffins.