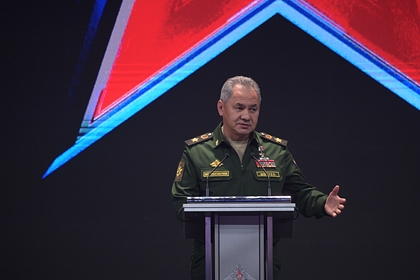 In November, strategic bombers of the Air Force The United States has worked out a possible nuclear strike against Russia. This was stated by Defense Minister Sergei Shoigu, he is quoted by TASS.

During the exercise of the US strategic forces “Global Thunder”, 10 strategic bombers practiced the option of using nuclear weapons against Russia almost simultaneously from the western and eastern directions

Shoigu added that in general, in November, the Russian military recorded a significant increase in the activity of American aircraft in the immediate vicinity of the country's borders. During the month, the US Air Force flew about 30 flights to the Russian borders, which is 2.5 times more than in the same period in 2020.

The minimum distance from our state border was 20 kilometers

Sergei ShoiguMinister of Defense of RussiaWhat will save the Russians from the “nuclear ash” over their heads? < p>The Russian missile defense system (ABM) S-550 will save from the formation of “nuclear ash” over the heads of the inhabitants of Russia when intercepting enemy missiles, such as the United States. This opinion was expressed by the TASS military observer Dmitry Litovkin. He noted that the S-550 probably works on the principle of kinetic interception of targets.

According to him, “in the case of the missile defense system in the USSR, the interception of nuclear warheads over the Central industrial region of the country was carried out by an oncoming nuclear explosion.” At the same time, at the moment, “the debris of the warhead will flicker, but not as if they still managed to detonate their charge over our heads.”

Later in November, Konstantin Sivkov, Deputy President of the Russian Academy of Missile and Artillery Sciences (RARAN) for Information Policy, Doctor of Military Sciences, revealed the accuracy of American nuclear bombs intended for Russia in Europe. He stated that the circular probable deviation of the previous generations of the B61 family bombs, which had a parachute system, was 400 meters. According to him, equipping modern B61s with Joint Direct Attack Munition (JDAM) homing equipment significantly reduced their CEP and increased the likelihood of hitting a target.

Bombs for strikes against Russia

In early November, the American magazine Popular Mechanics reported that fifth-generation American F-35A Lightning II fighters would receive B61-12 thermonuclear bombs to strike Russia. The B61-12 is a tactical nuclear bomb designed for high-precision destruction of enemy protected shelters.

For what purposes could the F-35A nuclear bomb be dropped? With America's overwhelming non-nuclear firepower, it is difficult to imagine the United States using nuclear weapons against non-nuclear targets. One of its targets could be a Russian missile control command post, a nuclear strike against which would break the chain of command between Moscow and its tactical nuclear forces

The publication specified that the B61-12 can be used to destroy headquarters units, weapons depots and military gathering points. The publication admits that the use of tactical nuclear weapons can provoke the use of strategic ones.

At the same time, at the beginning of October, the F-35A fighter-bombers of the US Air Force (Air Force), as part of tests, dropped a model of a B61-12 nuclear bomb at the Tonopah range in Nevada. Two drops were carried out at different heights and speeds. The tests, which took place at the end of September, became the final stage of flight tests of the new ammunition. As reported by The Drive, the new bomb was planned to be used on the F-35 by 2022, but later the US Air Force said that the tests of the B61-12 would be completed later.

In early November, Politico, citing White House sources, reported that US President Joe Biden's national security team would soon consider not being the first to use nuclear weapons.

Biden's aides will study an opportunity to declare that the “sole purpose” of the US nuclear arsenal is to contain a nuclear conflict, not use it in response to conventional military action. The report says that the Pentagon is opposed to these opportunities in connection with the alleged “arms build-up by Russia and China.” nuclear policy. Biden himself supported the idea of ​​updating the US nuclear strategy. In addition, in 2017, he questioned the idea that the American side would one day need to strike first.