CNBC: Lack of Glass Bottles Threatens Alcohol Problems in the US 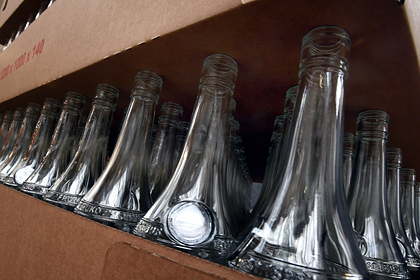 The US faces an alcohol shortage due to insufficient supply of glass bottles. The demand for them from American companies has already exceeded the supply in the market. This forecast is reported by CNBC.

Producers of whiskey, tequila, vodka, as well as winemakers reported that they are forced to bottle alcohol in a limited number of bottles of a certain size. Problems appeared on the side of suppliers.

David Ozgo, chief economist at the Distilled Spirits Council of America, notes that bottleneck pressures are being felt across the sector. “If you need a certain bottle for the holidays, you may have to go back to the store several times before you find it. But I will say this: there are more than 16 thousand alcoholic drinks on the market. Perhaps it's time to try a new drink, “Ozgo said.

According to him, in the future this may lead to a new decrease in the supply of small-volume bottles, because the main demand from producers falls on the more popular among buyers in US sizes (750 milliliters and 1.75 liters). Ozgo stressed that consumers will soon find a shortage of certain types of alcoholic beverages in US stores.

Problems with glass containers for alcohol in the United States are related to disruptions in global supply chains. Most glass bottles in the United States are purchased from overseas companies, mainly located in Asia, where glass production is cheaper. “I have heard that the demand for shipping containers has become so high that they pay between $ 6,000 and $ 20,000 for a container alone. It's just crazy, “said Castle & Key distillery director Jessica Peterson.

The head of the glass supplier company BPS Glass, Mauricio Perez, stressed that 60-70 percent of glass containers previously came to the United States from China. This was before the trade war with Beijing started by the administration of former US President Donald Trump. Since the beginning of 2018, both countries have imposed about $ 68 billion in trade duties on each other's goods. The imposition of tariffs on imports of glass from China exacerbated the problem. American manufacturers have begun importing glass from factories in Europe and Latin America.

In addition, growing demand, labor shortages and production delays from foreign companies have led to higher transportation costs for American manufacturers and, as a result, to rising product prices.

In addition to difficulties at the global level, the United States is experiencing problems with internal logistics. The country's trucking industry is in crisis. Experts point out that American supply chains are out of balance. At the same time, the issues of congestion in shipping ports and a shortage of truckers are still not resolved.