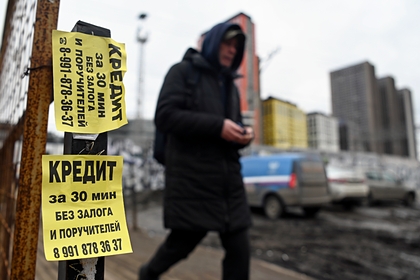 Every fifth Russian has applied to microfinance organizations over the past five years, most often citizens took microloans to paychecks (69 percent). RIA Novosti writes about this with reference to the Qiwi study.

Microloans were also used to pay off other loans (21 percent), for real estate repairs, and special events (17 percent). About 46 percent of respondents do not exclude that they will take microloans in the next six months.

Earlier it was reported that the Central Bank considers it possible to reduce the maximum rate on microloans, which is currently one percent per day, and thus get rid of loans at 365 percent per annum.

Since July 1, 2019, Russia has introduced a limit value for the total cost of a loan (loan) and a daily interest rate limit of one percent per day. The maximum rate on consumer loans and borrowings in Russia may be reduced from the current 1 percent to 0.8 percent per day.