The Yak-40 plane crashed at the Tilichiki airport of the Kamchatka Territory, no one was injured 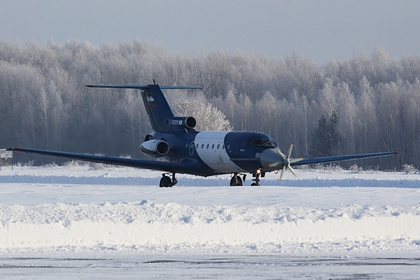 en route to Petropavlovsk-Kamchatsky, made an emergency landing at the airport of departure Tilichiki. This was reported by the press service of the government of the Kamchatka Territory, RIA Novosti reports.

As specified in the government, the aircraft crashed due to a stop of one of the engines. There were 13 passengers on the plane, no one was injured during landing. At the moment, a check is being carried out. It is noted that passengers will go to Petropavlovsk-Kamchatsky on another flight.

It is noted that the Kamchatka Aviation Enterprise owns three Yak-40 aircraft, which were overhauled in Minsk in 2013, 2015 and 2017.

On November 11, a Mi-8 helicopter en route Valek – Svetlogorsk – Igarka made an emergency landing on Taimyr. There were three crew members on board, they were not injured. The cause of the emergency was that the helicopter touched the crowns of trees.