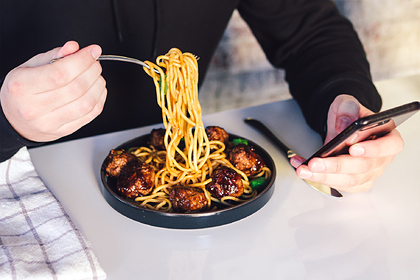 British scientists have found that men's diet is more dangerous for the planet than the dietary habits of women – it accounts for 41 percent more greenhouse gas emissions. Such conclusions were made by researchers from the University of Leeds in a new report, writes The Guardian.

For three days, analysts watched the diet of 212 Britons, who recorded all meals in a mobile application. Based on the data obtained, experts studied greenhouse gas emissions from more than 3.2 thousand products. It turned out that almost half (45 percent) of emissions from the average diet comes from meat and dairy products. Beverages (15 percent) and confectionery (8 percent) were next in terms of emissions.

The meat diet had 59 percent more emissions than the vegetarian diet. In addition, satisfying men's hunger was 41 percent more damaging to the planet than eating women's. Scientists associate such indicators with the high consumption of the first meat and drinks.

Another important conclusion from the study was that a quarter of the emissions from food accounted for “optional” foods – coffee, alcoholic beverages, cakes and other sweets. According to the researchers, switching to foods of predominantly plant origin will help reduce the impact on the environment. However, you can start by replacing a bad drink or avoiding sweets in your usual diet.