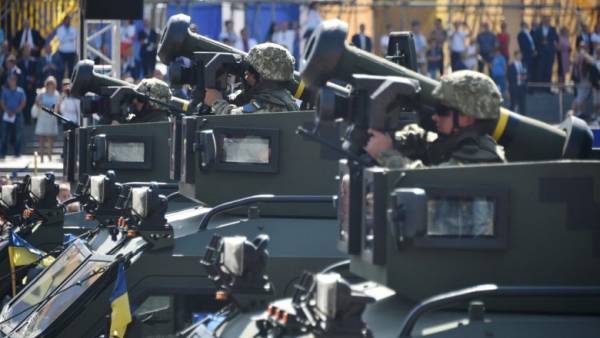 “Melnichuk assured that & nbsp; OS (joint forces) deny information provided by unknown” As of & nbsp; currently in & nbsp; Donbass & ldquo; Javelins & rdquo; not & nbsp; were used. A spokesman for & nbsp; OS promised that & nbsp; as soon as & ldquo; Javelins & rdquo; are used against the Russian occupation forces, the Ukrainians will immediately know about & nbsp; & nbsp; & mdash; reports the publication (quoted by & nbsp; RIA Novosti, the site of Ukrainska Pravda in & nbsp; Russia is blocked).

Kirill Budanov, the head of the main intelligence department of the Ministry of Defense of Ukraine, first announced the use of the complexes. Deputy of the Verkhovna Rada, the head of the subcommittee on the & nbsp; defense industry and & nbsp; technical modernization Igor Kopytin confirmed this information. Russian Foreign Minister Sergei Lavrov believes that & nbsp; Kiev's use of the Javelin complex shows its “ desire to carry out a provocation. ''