Department of State: US will continue to impose sanctions against the Nord Stream 2 gas pipeline 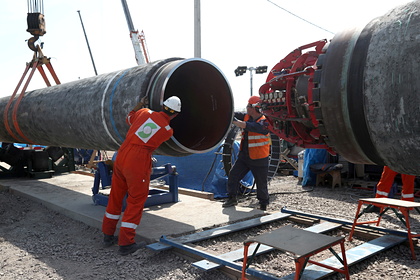 The US State Department has threatened to continue to impose new sanctions against Russian gas pipeline “Nord Stream-2”. This was stated by the head of the press service of the State Department Ned Price, TASS reports.

According to Price, new restrictive measures will be introduced on the basis of the Protecting European Energy Security Act (PEESA) from 2019. “We will continue to follow the PEESA implementation legislation properly with regard to the entities involved in the construction of the pipeline,” he said.

Earlier on Tuesday, November 23, the US Treasury Department imposed sanctions against Transadria and the Marlin vessel. associated with Nord Stream 2.

The US State Department announced earlier restrictive measures. Secretary of State Anthony Blinken said Washington is imposing sanctions on two ships and one company that are involved in the pipeline project, pointing to Transadria and Marlin. He did not specify the name of the second ship, but later it became known that Washington decided not to apply restrictions against the German ship connected to the gas pipeline.

The Kremlin stressed that it considers new US restrictions on Nord Stream 2 illegal and wrong. “The sanctions on Nord Stream are a continuation of this sanctions language, which Washington stubbornly refuses to give up. Washington's favorite language, “Peskov said and stressed that restrictive measures are a wrong step against the background of US attempts to develop a dialogue with Russia.