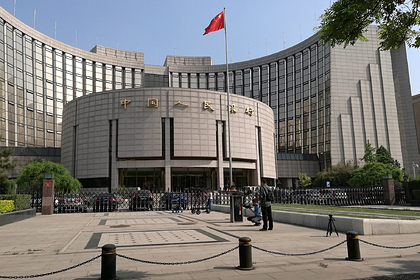 Financiers from the world's largest institutions rushed to unravel the message of China and its central bank (People's Bank China), which, as they think, was encrypted in the latest report of the regulator on the directions and measures of monetary policy, writes CNBC.

The interest of specialists was aroused by several phrases that were present in the first published version of the report, but which soon disappeared after editing. They said the NBK would not resort to significant new monetary stimuli like those used last year amid the outbreak of the coronavirus pandemic.

In subsequent versions of the report, there was no indication of the further behavior of the regulator. This prompted analysts to think that in reality the NBK is preparing for the forthcoming easing of monetary policy, in particular through a reduction in the key rate or programs for the purchase of government and corporate securities.

According to the chief economist of the Japanese investment bank Nomura for China, Ting Lu, such behavior of the NBK in the conditions of secrecy of the Chinese authorities in general can be regarded as an official statement about a change in the course of monetary policy. The financier noted that such behavior would be logical, since the country is experiencing the sharpest economic downturn since 2015, excluding the first half of last year.

At the same time, the final version of the report retained the regulator's position on the real estate market, the control of which it intends to tighten. The reason for this was the financial difficulties of several large developers at once, including Evergrande, which found itself on the verge of bankruptcy and already made several defaults on bonds.