Czech Prime Minister Babis: Prague is ready to send its police or military to help Poland 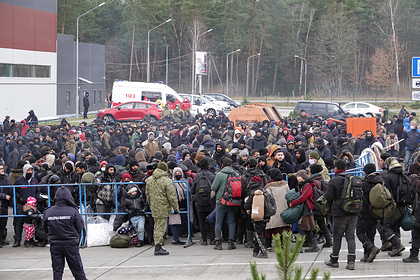 Prague is ready to send its police or military, but Warsaw has not yet responded to this proposal. This was announced on Tuesday, November 23, by Czech Prime Minister Andrei Babis, quoted by RIA Novosti.

The politician's statement was made after the summit of the heads of government of the Visegrad Four countries, which, in addition to Poland and the Czech Republic, includes Hungary and Slovakia. “What is happening now on the Polish-Belarusian border is completely unacceptable. The behavior of Lukashenka’s regime goes beyond all limits, ”he said, speaking of Prague’s readiness to provide the necessary assistance to Warsaw. At the same time, he mentioned that if Poland accepts the proposal, then this decision must be approved by both chambers of the Czech parliament.

The statement was made after that. , as the head of the Czech Foreign Ministry Jacob Kulganek at the beginning of November announced the readiness of Prague to assist Poland in resolving the situation on the Polish-Belarusian border. The Czech minister said that he had a telephone conversation with the head of Polish diplomacy Zbigniew Rau, expressed support for Warsaw and declared Prague's readiness to provide assistance if necessary.