RDIF: Laos approved the use of the Russian vaccine against coronavirus Sputnik Light 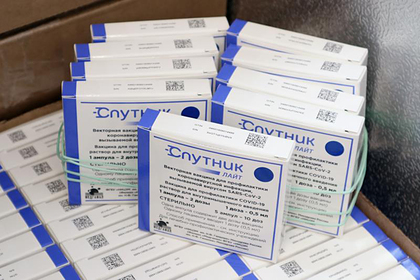 Laos approved the use of the Russian vaccine against coronavirus Sputnik Light. This was reported on the Twitter account of Sputnik V, run by the Russian Direct Investment Fund (RDIF).

According to the fund, Laos has become the twentieth country in the world to approve the use of the drug.

According to Director General of the Foundation Kirill Dmitriev, more and more countries are accepting Sputnik Light as a universal booster.

The Ministry of Industry and Trade claims that the current volume of vaccine production is sufficient both for its own needs and for export. At the same time, the official argued that “there is no point in further dispersing.” The main production volume falls on Sputnik V and Sputnik Light.