Entrepreneur Demin: by the second half of 2022, housing prices in Russia will rise 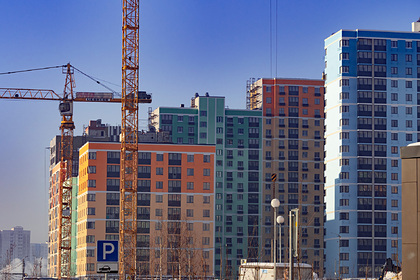 Until the end of the first quarter of 2022, housing prices in Russia will probably not change, but by the second half of the year a new leap is possible, a member of the Moscow headquarters of the All-Russian Popular Front (ONF), businessman Sergei Demin told Regnum agency.

According to the expert, serious price fluctuations for there will be no real estate market in January-March, so during this period you can buy an apartment for yourself or for investment, especially if the developers put on sale lots at attractive prices.

“By the second half of the year, further price increases are likely, – warned Demin. “Moreover, the total acquisition budget will also grow due to the termination of the preferential [mortgage] program and the growth of mortgage rates for regular loans.”

Earlier it became known that the average price per square meter of secondary housing in Russia increased in October 2021 -go by 1.7 percent to 88.2 thousand rubles. The average cost of a finished apartment increased by 1.9 percent, approaching the psychological mark of 5 million rubles.