State Duma Deputy Bessarab: the truth about canceling the Unified State Exam is somewhere in the middle 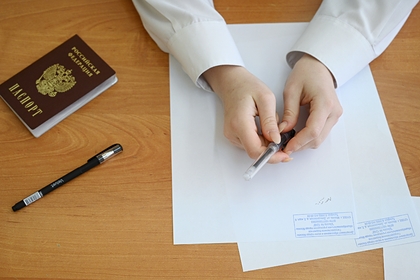 affairs of veterans Svetlana Bessarab responded to the call of the chairman of the Investigative Committee of Russia (TFR) Alexander Bastrykin to cancel the unified state examination (USE). In an interview with RT, the parliamentarian said that the truth on this issue is “somewhere in between.”

According to her, the exam is a test for both young people and their parents. “At the same time, it should be noted that thanks to the Unified State Exam, many of our children entered the most prestigious universities in the country. Such a road was objectively closed for them when there were regular exams, “the deputy said and added that with the help of the Unified State Exam, it was possible to remove corruption issues.

In turn, the chairman of the Association of Parental Committees and Communities Olga Letkova noted that the parental community has been asking for a long time to change exams in the form of the Unified State Exam and the OGE. “If a child suddenly makes a mistake, he can completely cross out his entire future, not get into the institute he wants to go to,” she said and added that she considers the very tension that is created around the USE to be abnormal.

Letkova noted that no one is against taking exams at school, but they should be “in a normal, human form, so that the child does not memorize only the correct answers.”

Earlier, Bastrykin said that the exam should be canceled, since he is torture for young people. Also at the conference “The Role of Law in Ensuring Human Well-being”, the Chairman of the ICR called for the revival of the Soviet school of education.