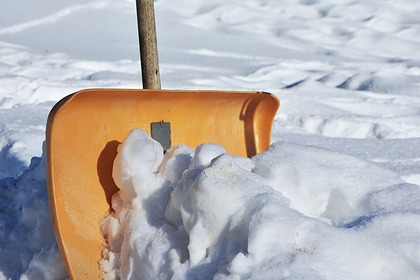 cars and other goods for cleaning snow in anticipation of snowfall. This is stated in the study of the operator of fiscal data “Platform OFD”, reports RIA Novosti.

Thus, up to a quarter of annual sales of goods for snow removal were provided last weekend, November 19-21. During this period, Russians made about 15-25 percent of the total number of purchases of these goods per year. As experts explained, the impetus was both bad weather and the expectation of worsening weather conditions.

The average bill for shovels in the first three weeks of November increased by 9 percent compared to the same period last year and amounted to 657 rubles. In physical terms, the annual sales of shovels increased by 169 percent. Also, the quantitative sales of car cleaning brushes rose 220 percent. The average check for them amounted to 364 rubles, which is 33 percent more than last year.

In October it was reported that in the fall in Russia demand for goods for summer cottages and gardens rose sharply. Citizens rushed to buy summer cottage inventory, as many of them became owners of suburban real estate during the pandemic, experts say.