Endocrinologist Mikhaleva: hand numbness and gait disturbance indicate a lack of vitamin B 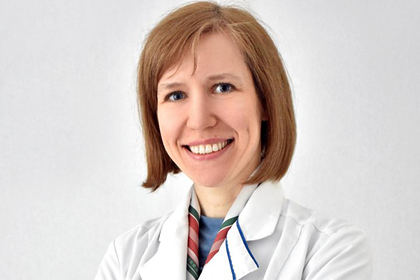 Increased fatigue, dizziness, hand numbness and disturbance signs of deficiency of B vitamins. Oksana Mikhaleva, an endocrinologist at the “SM-Clinic”, Ph.D., told about this. Her words are quoted by Izvestia.

The doctor noted that symptoms from the nervous system may indicate a lack of vitamin. They can manifest as chronic fatigue syndrome. Among them there is increased fatigue, drowsiness and dizziness.

“Another group of neurological symptoms is the so-called neuropathic: numbness and tingling in the arms and legs, gait disturbance, muscle weakness, muscle pain, especially after exercise and even depression. In old age, a deficiency of B vitamins can be accompanied by cognitive dysfunction, memory loss, “said Mikhaleva.

Increased bleeding of the gums, a tendency to bruising and thrombosis can also occur due to a lack of B vitamins, the specialist noted … In addition, gastrointestinal symptoms may indicate the need to replenish this vitamin. Among them – nausea, poor appetite, constipation, abdominal pain and the formation of mouth ulcers.

The endocrinologist emphasized that with a varied diet, including products of animal and vegetable origin, the risk of deficiency of this vitamin is low.

Earlier, nutritionist Mikhail Ginzburg said that if vitamin D is intolerant, it can be obtained from food, as well as with the help of drugs and all kinds of cosmetic procedures. The inclusion of cod liver, fatty fish, egg yolk and high fat milk in the diet will help to replenish the supply of vitamin in the body.