Polish Ministry of National Defense: migrants try to cross the border on pontoons 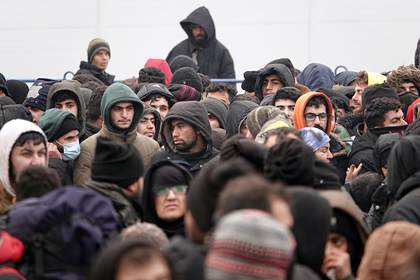 Migrants from Belarus try to swim to Poland on pontoons across the border river to get to the Lubelskie Voivodeship. This was told to Radio Zet by the Deputy Minister of National Defense of Poland Voychech Skurkevich.

“They would rather die in Europe than return home” How migrants on the border with Poland changed life in Belarus alien. Europe has taken in millions of refugees. Why are they now hated, considered terrorists and want to drive them out?

“We see very dangerous cases. Migrants concentrate on the banks of the Bug. Attempts to cross the border on pontoons have been recorded, ”he said.

Skurkevich also reported on the problems in the vicinity of Bialowieza. “Border crossings are storming groups of up to several hundred people,” the deputy minister explained.

Earlier, Poland expressed its readiness to conduct a dialogue with Russia on the migration crisis at the border, but with Belarus it will speak only at a technical level. Polish Foreign Minister Zbigniew Rau noted that talks about relations between Minsk and Warsaw should be conducted only with the Belarusian opposition.