Infectionist Voznesensky: it is incorrect to talk about the end of the fourth wave of COVID-19 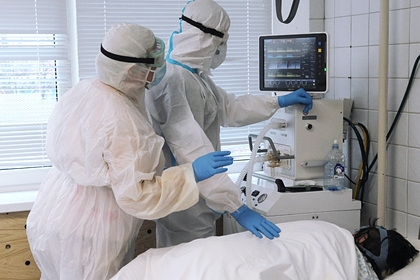 “I cannot say that the fourth wave is over, because in Moscow there are still many hospitalizations per day, and against this background it is not entirely correct to say that we have ended the fourth wave, in my opinion. We see the positive dynamics of the fourth wave, “Voznesensky noted.

The infectious disease specialist drew attention to the fact that over the past one and a half to two weeks, the incidence in Moscow, St. Petersburg and the Moscow region has significantly decreased, however, if at the beginning pandemics, basically, it was they who formed the total number of new cases in the country, but now more than 90 percent of cases are observed in the regions.

“Therefore, in large structural formations such as Moscow, St. today it's pretty good, thanks to the wide coverage of vaccinations and the large number of people who have already suffered the disease, and in the regions the situation is like a patchwork quilt – there are positive regions, but there are not, so not everything is over with us, ”concluded Voznesensky.

According to the Infection Control Headquarters for November 23, 33,996 new cases of coronavirus were detected in Russia, the total number of those infected since the beginning of the pandemic in the country was 9,400,835. Most cases of COVID-19 were detected in Moscow (2749), Moscow region (1871), Samara region (1529) and St. Petersburg (1060).