State Department: The US will consult with allies in Russia and Ukraine in the coming days 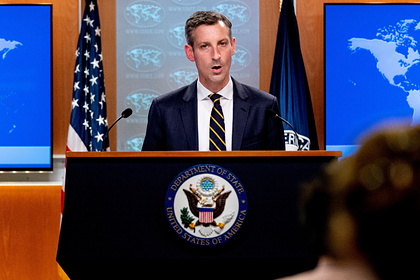 The US will consult with allies including, probably, NATO, Russia and Ukraine. This was stated by State Department spokesman Ned Price, writes RIA Novosti.

According to him, the United States considers the military activities of Russia near the borders of Ukraine to be “disturbing”.

Formerly a professor at the Institute for Strategic Studies of the Military US Army College John Denis spoke about the likely actions of NATO in the event of a Russian “invasion” of Ukraine. The expert believes that if the Russian military crosses the state borders of Ukraine, formations of the NATO Rapid Reaction Force will be sent to Estonia, Latvia, Lithuania, Poland and Romania, which “would calm the population of these countries, mean the solidarity of the entire alliance and strengthen security in the east.” .