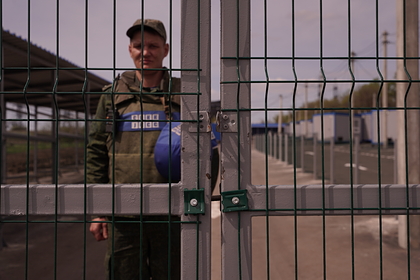 Kiev purposefully exacerbates the situation in the Donbass LPR at the negotiations on the settlement of the conflict in the region Maria Kovshar following the meeting of the economic subgroup. RIA Novosti reports this.

According to her, the Ukrainian authorities refuse to discuss the settlement of the situation, while they are systematically taking steps to aggravate the situation on the contact line.

“The crisis will come by spring” Zelensky gets rid of political competitors. Why won't this help him retain power?

Kovshar added that over the past two weeks, the Ukrainian security forces violated the ceasefire 54 times, more than half of the attacks were from heavy weapons prohibited by the Minsk agreements.

“As a result of this military In the aggression of Ukraine, one soldier of the People's Militia of the LPR was killed, one civilian was injured, six civilian infrastructure of the LPR and 13 houses were destroyed or damaged, “she said.

Earlier, Russian President Vladimir Putin in a telephone conversation with the Prime Minister – Italian Minister Mario Draghi accused Kiev of provocations in Donbass. He stressed that Ukraine refuses to fulfill the Minsk agreements and the agreements of the “Normandy Four” and continues to use prohibited weapons in the region.